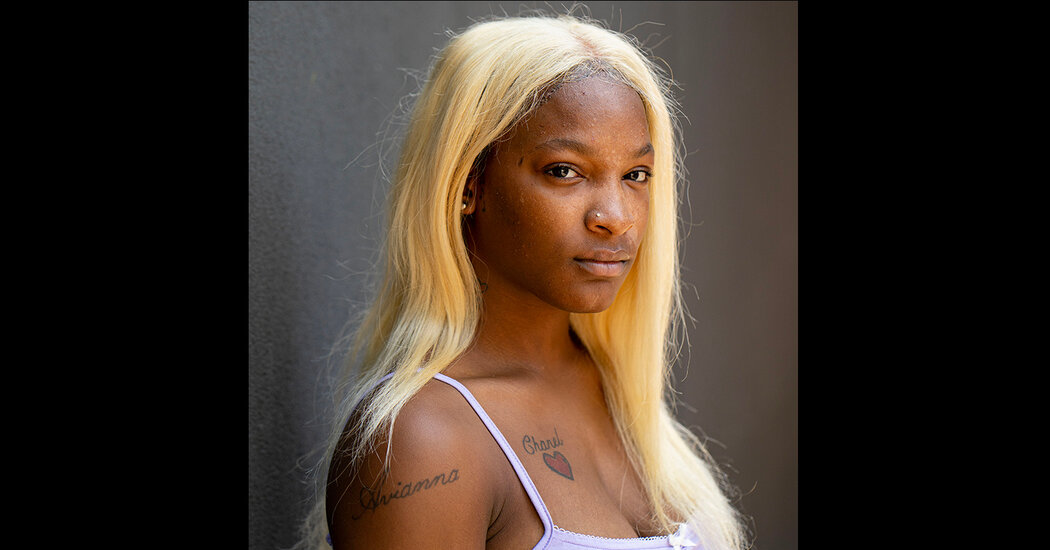 Soon it’s time to say goodbye. Tabitha stands near her husband, Jason, a stout, bearded 42-year-old man who favors wire-rimmed glasses and flannel shirts. Their sons — ages 8 and 11 — will soon be home from school, along with a gaggle of Hershey girls.

The two mothers hug. They have already discussed Dasani’s “four-week adjustment plan.” Chanel is allowed one weekly phone call to Dasani, at a predesignated time. There are no visits for a month — a separation that is designed to help incoming students form new bonds, particularly with their house parents.

This can bring a swell of emotions: sadness, guilt, confusion, rage. Some children rebel, hoping their transgressions will send them home. But the longer they can endure this separation, the more likely they are to meet the school’s goal of leading “fulfilling and productive” lives.

The unspoken message is clear. In order to leave poverty, Dasani must also leave her family — at least for a while.

Dasani lies awake that first night. She has never slept alone. She keeps reaching for Lee-Lee. “I don’t know how to sleep with nobody,” she will later tell me. Outside, the sky is wide and dark, the snow almost silver. Hershey is so quiet that any noise is jarring — the rustling of branches, the thrum of a truck.

Everything feels different, even the air. A few feet away, Dasani’s 13-year-old roommate is fast asleep. She, too, is a city girl. But she came from Trenton, N.J., eight years ago, which is long enough to learn how to sleep through the quiet.

It’s not just homesickness that keeps Dasani awake. She is feeling the pressure that Hershey represents. “I believe I can achieve my dreams in this school,” she writes in her journal. She makes little mention of her 11 housemates, for fear they might read the diary and turn against her. Earlier, they greeted Dasani warmly at dinner, bowing their heads for grace. She ate quickly, as if the food might vanish. New students are not used to second helpings or side dishes. Sometimes they guard their plates, hunching over each meal, or they try to ration it, hoarding food in their napkins.