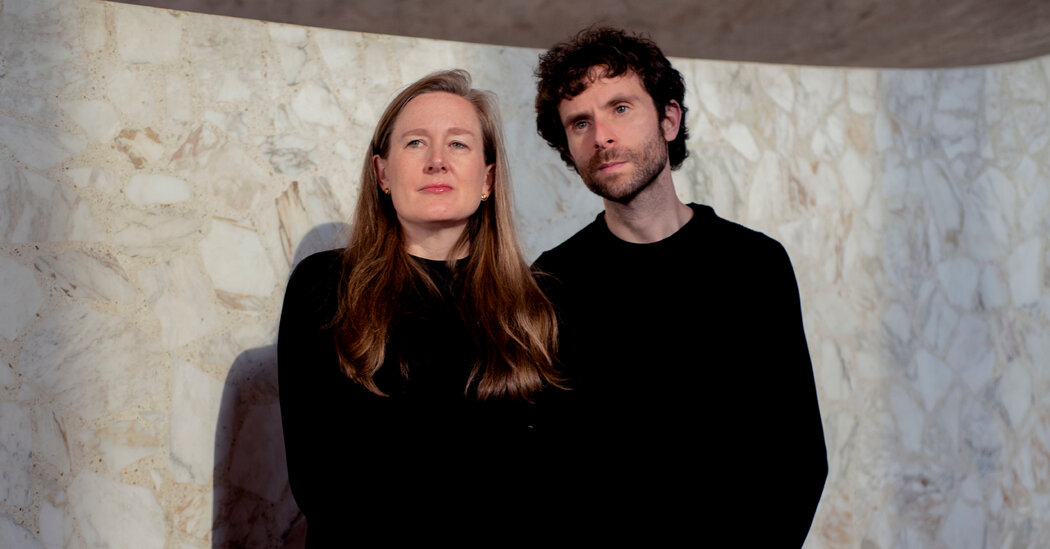 In 2015, the composer Matthew Aucoin emailed the playwright Sarah Ruhl to ask whether she would be interested in working with him on a new opera inspired by the Orpheus myth.

Instead they ended up adapting her 2003 play “Eurydice” — a yearning, fanciful treatment of the Orpheus story in which Eurydice is reunited with her dead father in the underworld. The result premiered at Los Angeles Opera in February 2020, and arrives at the Metropolitan Opera on Tuesday, directed by Mary Zimmerman and conducted by Yannick Nézet-Séguin.

Aucoin and Ruhl wrote to each other for several years about turning the poetry of her play into a libretto, building character through music, and understanding the strengths and limitations of opera. They recently looked back at those messages and discussed them in a joint interview. These are edited excerpts from their correspondence and their present-day reflections.

Pardon my forwardness — and my ignorance, for not knowing your work until now! — but I’m overwhelmed by your lucid musicality. I sensed instantly that you’re a poet — not in any highfalutin’ sense, but in a more practical one: It’s clear that you wrote (and write) poetry, and that poetry is a native tongue for you.

Oh, about “longing looks back”: I have the same gene as every composer EVER, and I need to write an Orpheus opera.

Thank you so much for the kind words about my plays. I also read an article about you and was struck by a phrase someone wrote about you — language becoming music, and music becoming language. I’m interested in that nexus, too. It’s true I used to write and still dabble in poetry, and it’s true I’d love to collaborate on an opera sometime. I listened to a very small clip of your music on your website and found it quite beautiful; I’d love to listen to more.

I feel it might be awkward for me to retread the Orpheus territory from his point of view having already written “Eurydice.” My gut is that I’m more interested in adapting “Eurydice” into a musical piece. But it’s silly for me to make any pronouncements in an email without first talking. So let’s meet and talk.

MATTHEW AUCOIN I had a separate Orpheus opera in mind that was entirely different, that was in a way an expansion of my piece “The Orphic Moment” — much darker, much more twisted. It took a meeting or two for me to be like, you know what, adapting “Eurydice” makes more sense. I tried to inject a bunch of my ideas into “Eurydice”; then I felt that the skeleton of the play was so strong that it resisted the foreign energy. So I very quickly decided that we could create a more unified world if we stuck to the play.

SARAH RUHL I don’t remember it taking you very long to say, “Yes, let’s do that.” Always you were trying to make Orpheus more complex, since that was your way in. But Eurydice was so present for me as a character, and it wouldn’t make sense to retread the material from his perspective.

AUCOIN I think the core of this piece, for me, is: What would you say to someone you lost if you could meet them again in this other space?

RUHL It’s myth as container, as vehicle — rather than myth for myth’s sake.

Opera as magical realism: I think we should indulge our every magical-realist impulse in this piece. I tend to think opera works better when its creators embrace this quality, since it’s probably inescapable: If opera is real, its realism is magical. (It just doesn’t work when people try to house train it or to convince the audience that opera is no weirder or scarier or more surreal than, like, a sitcom.)
— Matt

AUCOIN In opera, all speech is dream speech. That’s a law of nature on Planet Opera. Simply because everything is sung, what’s communicated will tend to have a dreamlike or surreal quality, no matter how much you might want it to sound like “Seinfeld.”

RUHL I love what you say about dream speech. I’ve been wanting to write a piece about the idea that art is a dream we have together. When we’re sleeping, we dream alone at night. Art becomes an incredible vehicle in which we can have the same dream at the same time, while awake.

It occurs to me that Orpheus has no parents; his lineage is disputed and totally confusing. I’m sensing that one difference between O + E is that even though Eurydice’s father is dead, she was deeply close to him, whereas Orpheus was always an orphan.

We might see him first happily singing to himself, and then expressing his pre-wedding anxieties: He’s torn between his love for Eurydice and his overwhelming need to make music; he’s not sure where he came from; he’s never felt 100 percent human; and he’s unsure if he can give and accept the love he feels so powerfully for Eurydice.
— Matt

AUCOIN I think there are two implied love triangles in the “Eurydice” dramaturgy. Eurydice is torn between her connection to her father and her relationship to Orpheus. And Orpheus is also kind of torn between Eurydice and music itself. I think that’s where the idea of the double [adding a countertenor’s halo of sound to the baritone role] came from.

I’ve been doing a lot of thinking about Hades. The main thing, from my perspective, is that he’s a sociopath. He has a total lack of interiority and yet he is alone. Sounds like hell to me. So he feeds off Orpheus and Eurydice, both of whom have (if anything) too much interior life; they’re too likely to withdraw into their own worlds, and he knows that. He’s a parasite who sinks his teeth into Eurydice’s intellect and Orpheus’s music.

I think it’s important that Hades’s lines are simple and direct — and emotionally wrong, awkward and unnatural, but in a way that’s unsettling rather than comical. I think the repetitions of “interesting” risk being a little too funny, especially when they’re sung.
— Matt

Do we care that we somewhat lose his absurdity (“It was delivered to my elegant high-rise apartment by mistake”)? The question about humor is maybe a larger question tonally about the piece. I use humor in the play to deflect and deepen the tragedy — it could be that doesn’t play the same in an operatic piece. I don’t want to totally excise the humor, but in the nasty man it just might not be singable.
— Sarah

I definitely want to keep the humor!!! I just think Hades needs to be dangerous — dangerously deadpan, at first. Which could be funny in its own right. For me the absurdity emerges when we see his gigantic empty loft. But at first, I’d love him to be eerily nondescript.
— Matt

RUHL I’m so happy that Matt has been able to rhythmicize lines and retain their humor.

AUCOIN The challenge with Hades is that it lies at an extreme of the male voice, but he should also sound quite deadpan. The music is absurdly high, but I wanted to create the sense that for him it’s completely normal.

RUHL I love this idea that Hades is impersonating a person. And I think it’s wonderful how you figured that out in the singing of it.

AUCOIN It’s a matter of rhythm and range. Hades’s music is the exact opposite of proper, correct text setting. When he says “How interesting,” he sings the word “how” on a high D flat for an entire bar. And in certain sections, every syllable is accented in this horrible way. It’s not human.

I think what we are going for is condensing stage time, while distending mythic time … if that makes ANY sense!
— Sarah

RUHL It takes longer to sing than to speak, so everything has to be shorter. But you want the mythic scope of it to still feel big. It’s a bit of a puzzle. How much can you feel like time is moving slowly in the underworld without actually subjecting the audience to a kind of slowness that they don’t want to be subjected to?

FATHER
Eurydice is gone.
This is a second death for me.

I wonder about cutting “This is a second death for me.” It’s a little self-pitying. Might be more moving just: “Eurydice is gone. How do you remember to forget?”
— Sarah

AUCOIN This is part of a longer scene where Eurydice’s father remembers the directions to his childhood home. In an early version of the score, he sang those directions very slowly, and it felt totally wrong — like moving through molasses. Sarah, Mary and I all independently came to the conclusion that he had to speak these lines, not sing them. The words carry so much emotion that, unusually for opera, song proved superfluous.

RUHL I had the experience in writing the play as well. I had written a soliloquy that I would describe as an operatic soliloquy; it was poeticized and emotional. And it felt all wrong for who he was as a person.

AUCOIN I think the shape of the drama is so devastating.

RUHL The ending is very sad. I hope it gives people catharsis after this two years of not being able to grieve with others. I’ve watched two funerals on Zoom. It’s hard for me to have a good cry on Zoom; I’m not with other people, and I feel self-conscious with people watching me cry on video. It’s not that I’m inviting people to come and cry at “Eurydice” — but in a way, I am.